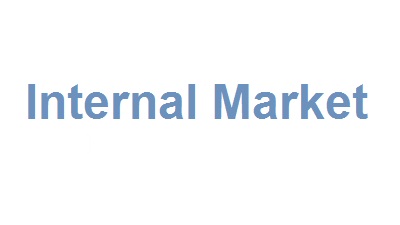 People in favour of European integration often focus on security, climate change, protection of the environment and migration. This is understandable: the cross-border nature of these questions make the EU indispensable in finding and implementing solutions. But the importance of the EU for open economic relations in Europe and further away in the world, the basis of our prosperity, is sometimes neglected. The single market is often taken for granted, a state of affairs so logical that it does not need EU institutions, seems to be the message. The contrary is true: the functioning of the single market is closely related to European decision-making. In the 1970s member states were ineffective in completing the single market as each country could block regulation as decisions had then to be taken unanimously. Member states in practice often gave priority to their (special) interests rather than to the completion of the Common Market. A regulatory approach that sought harmonisation in detail made this worse. Only when there was consensus that Europe couldn’t achieve prosperity comparable to the U.S. by continuing these practices, did the member states agree to provisions for decision-making with qualified majority for many single market issues in the Single Act. The Community also chose a new approach, in which recognition of each others standards became a normal consideration. Harmonisation would only be undertaken when necessary, and then only regarding the essence. Without the disciplining effect of the EU each European country will quickly re-introduce barriers.

A conversation with a representative of a supermarket in 1979.

It was 1979, five years before Lord Cockfield published his White Paper. The barriers had made a mockery of free movement, that the European Community appeared powerless to establish. The diagnosis? Euro-sclerosis, an affliction to which the Community would succumb, many predicted.

At the time, I was coordinating instructions for our representative on the Brussels working group preparing the Greek, Spanish and Portuguese accessions at the European Integration Department of the Netherlands Ministry of Foreign Affairs. The colleagues at other ministries with whom I was working closely shared experiences about barriers on the Common Market. Companies seeking information on the accession negotiations completed the picture. When I hear people saying that we would be better off without the EU, I think of 1970’s and its lesson. First, economic nationalism must discriminate against other countries or special interests to give preference to one’s own country or special interests. Second, what you do in the field of trade policy, another country can do as well, creating a productive relationship or not. What this means in practice, became painfully clear in the functioning of the Common Market in the 1970’s.

A briefing by a supermarket in 1979 on trading processed food on the Common Market provided a realistic picture of the situation in a sector that is eminently suited for trade-barriers. After all, much must be considered in this sector, e.g. food safety, health, quality, additives, the environment, packaging, workers and business interests, related transport questions, etc. The question is where legitimate protection ends and unfair and problematic protectionism starts. Unfair, because the member states have agreed on free movement. Problematic, because if one country flouts this agreement, why shouldn’t another country do the same and lessen prospects for free movement by doing so? Some regulations are important for the common good. However, other regulations are mainly written to keep competition at bay.

The supermarket representative asked: “Do you really believe that we can just like that import products from other Common Market countries if they are on the market there? No way! Let’s see! We cannot trade bread across European borders as the regulations don’t match. For example, the moisture content of bread differs from country to country. Regulation makes sense for basic foods like bread, but why would it vary from one country to another? Fruit jam, jelly, marmalade? Don’t make me laugh! Regulations on packaging and various specifications of sugar content prevent cross-border trade. Beer? The German Reinheitsgebot! It’s from the Middle Ages and ensures that beer can only be brewed from water, barley and hops. This limits export to Germany as there are only very few beers that don’t contain additives to improve the taste and stabilize it. Meat? You cannot have meat boned and cut in another European country in pieces small enough for selling directly to the consumer in supermarkets for hygienic reasons. The list went on and on. The message was clear. Member states were sabotaging free movement in the name of food safety, consumer protection etc. In fact, they were protecting special interests. That this behaviour could harm the prospects of their companies on export markets was not really considered. However, all countries can play these tricks, and they did so at the expense of other countries and themselves.

Change in the air

There was already change in the air. The decision of the European Court of Justice in case 120/78, known as “Cassis de Dijon” raised hopes. The German authorities had banned the sale of the French liqueur. Fruit liqueur should at least contain 25% of alcohol, according to German regulations, and Cassis de Dijon didn’t. The European Court of Justice ruled that member states could issue regulations regarding alcohol to ensure fiscal control, protection of public health, fairness of commercial transactions and consumer protection. But minimum alcohol content of beverages did not serve a purpose of general interest. The German regulation had an equivalent effect to a prohibited quantitative restriction under the treaty. Had the Court ensured free movement of goods by this  ruling, we discussed at the time? But hadn’t the Court given space for national regulation for the general interest? And wasn’t harmonisation still required in these cases? And harmonisation had to be decided by unanimity. Were we back to square one? The ever-louder complaints by the business community about the sorry state of affairs on the Common Market and studies as to the costs of non-Europe were vital in creating a climate conducive to progress.

The Single European Act and the White Book

The Single European Act and the White Book made the completion of the single market possible. The Act provided the legal basis for qualified majority voting with respect to harmonisation of regulations regarding the single market, changing the dynamics of the negotiations. Working towards a majority for one’s approach to harmonisation became necessary. Let’s take an example; it wouldn’t do anymore to maintain against all logic – but in the confidence that you couldn’t be outvoted – that a pressure vessel should have a certain minimum thickness of metal, just because your industry produced such vessels. This, while the real question was whether the vessel could withstand the pressure.

There were many examples of this at the time the Directorate was coordinating the Dutch positions on the 300 proposals of European Commission for the completion of the Internal Market. The case of natamycin, an anti-fungal used to preserve cheese sometimes comes to mind while eating a sandwich. The question was how far the anti-fungal could be allowed to enter the cheese from a public health perspective. But other considerations were in play as well. It is easier to apply natamycin on hard than on soft cheese without adverse health consequences. I leave it to the reader to re-play the negotiations when unanimity and when qualified majority apply. As decision-taking with qualified majority became the norm for most of the 300 proposals for harmonisation in Lord Cockfield’s White Book, the completion of the Internal Market was realised by the end of 1992 as demanded by the Single Act.

I return to the claim that we would be better off without the EU. The Eurosclerosis of the 1970’s was facilitated by the member states’ reluctance to compromise for the completion of the Common Market. Countries had a tendency to give priority to national special interests rather than to the common interest that they shared regarding free trade. We can follow the dynamics in the U.S., whereby high tariff barriers may threaten Mexico’s prospects for development. It is a classic. Economic nationalism must discriminate against others to give preference to one’s own. Such a trade policy generally provokes strong reactions, namely discrimination of your own country’s products in the country you are discriminating against. Generally, as the stronger party – in this case the U.S. – will win out. Would the Trumpian trade policy be extended to Europe once Mexico is forced to grant concessions, then the EU is equipped to deter such an American policy, but what would the individual European countries do without the EU, the Netherlands alone for example?

Bread, once more. Even in 1997, the European Court of Justice had to rule that Italy was misusing food quality standards to keep French bread from the Italian market. Italy had prohibited the sale of that bread as it contained more than 34% of moisture and some ash and bran. However, this bread was produced and marketed lawfully in France. Countries can be slow in accepting rules when interests are in play. We need European institutions to make us do what we pledged to do!

This site uses Akismet to reduce spam. Learn how your comment data is processed.